Hebrews 11: 7  By faith Noah, being warned of God of things not seen as yet, moved with fear, prepared an ark to the saving of his house; by the which he condemned the world, and became heir of the righteousness which is by faith. (Genesis 6:18)

Though it was a day of great wickedness (Read: Gen 6:5-8) Noah found favor with God.

WHAT WAS Noah’s TEST, TRIAL, or TEMPTATION?

His test was: to trust or not to trust God when instructed to do something out of the norm.

Has God ever told you to do something that would break the ranks of tradition of your society?

That test was: to keep trusting God or turn and agree with the people.

Have you ever allowed the influence of others sway you to take your eyes off God’s plan for you?

This test was: endurance.

Have you faced any long, drawn out trials that may have weakened you to the extent of giving into circumstances or voices other than the Lords?

This test would be: (Luke 14:26) “If anyone comes to me and does not hate father and mother, wife and children, brothers and sisters-yes, even their own life-such a person cannot be my disciple.”

Would God have first place in your heart?

This tests was: at the very least, how to handle stink.

When things begin to stink all around you how do you handle it?

Noah’s trials, tests, and temptations are really not that much different than what we face today because they all come down to FAITH!

Hebrew 11:6 says “Without faith it is impossible to please him: for he that cometh to God must believe that he is, and that he is a rewarder of them that diligently seek him.

Have you found favor with God like Noah did?

Is there evidence that you walk with God like Noah did?

If not, what do you need to do differently in order to pass the next test?

Read in Genesis 4 about Cain and Abel to see that Abel found favor with God but Cain did not.  Why?

Abel gave by faith: he gave from the first and his best.

Cain gave but in the process of time (when he got around to it) and scripture does not indicate that he actually gave his best.

Their test was: giving God’s way or their own way.

Able gave by faith (Giving God’s way) while Cain compromised (Gave in his own way).

No matter the test we can only pass if we proceed by faith: do things God’s way.

If you lack wisdom on His ways all you have to do is ask Him.  He does not withhold.  He does not get frustrated because you ask, He gives you answers so you can pass the test.  But, it may require that you seek and keep on seeking, ask and keep on asking, and knock and keep on knocking until you hear what He has to say.

Know that the Lord wants you to walk with Him because that is you true identity.  The enemy comes to steal, kill and destroy the plans that God has pre-ordained for you.  You can pass every test that comes your way and receive the abundance of life you were intended to live.

4 thoughts on “Can you identify with Noah’s tests, trials, and temptations?” 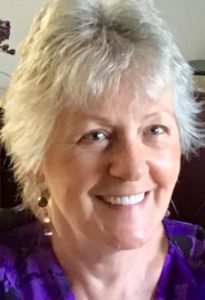